With the Inca Jungle Trek, you will be able to have an incredible experience through the exuberant flora and fauna of Cusco. We do together with the activities of full adrenaline as Zipline, Rafting, Trekking &amp; Biking. Discover with us the amazing Cusco! 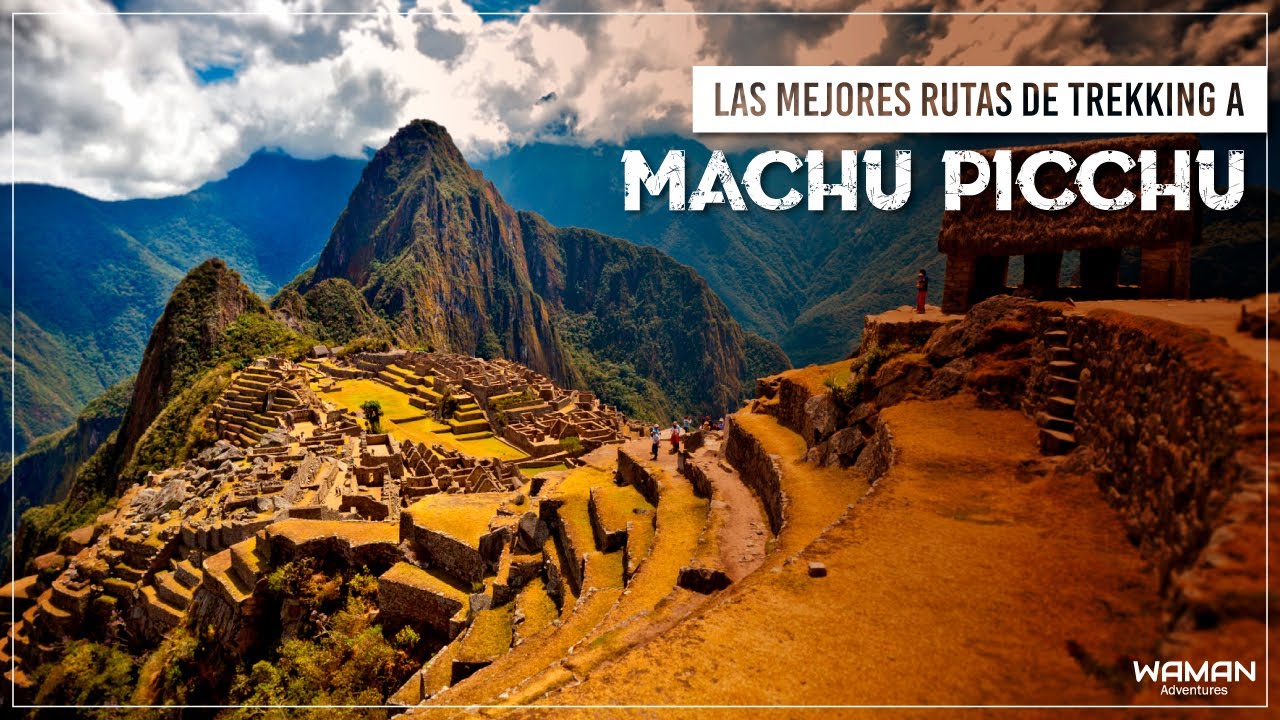 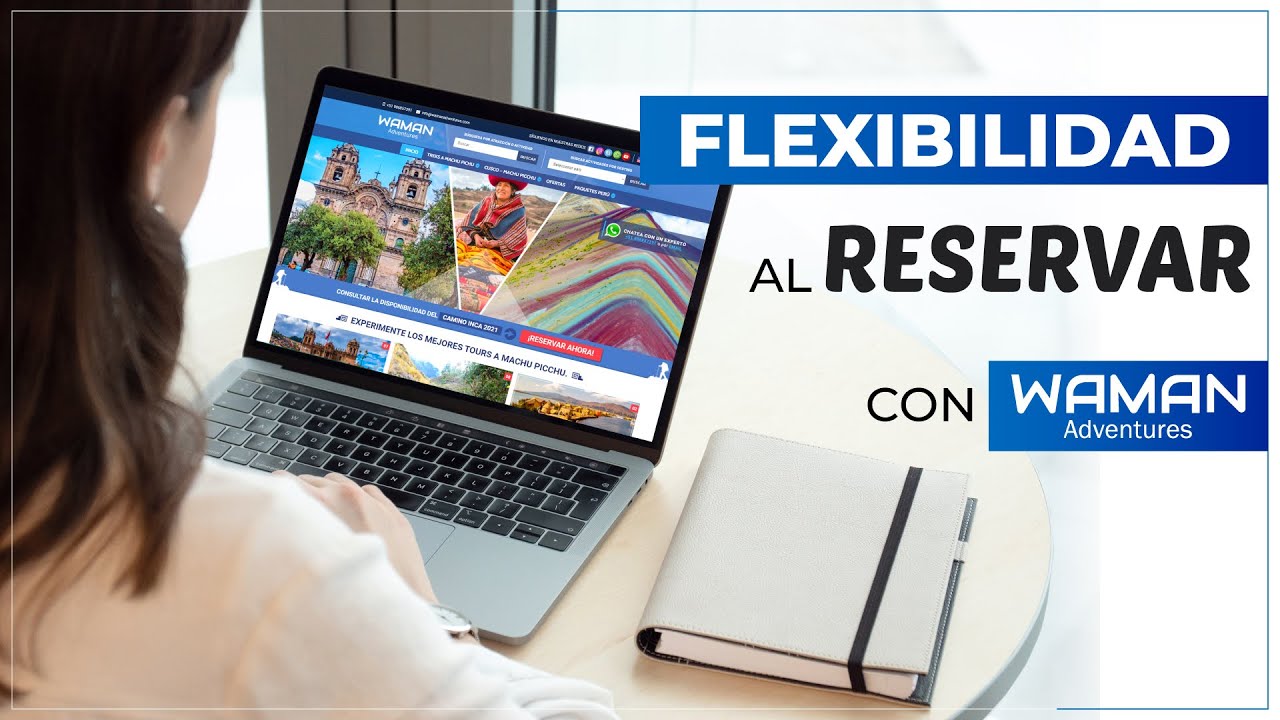 This 03 Day Inca Jungle Trek to Machu Picchu is popular among those who seek more adventure and adrenaline, full of curiosity, and with a love for extreme sports. Certainly, this route combines a full-on package of biking, trekking, and zipline.

All of this while in the most majestic scenery and wild scenery of the Andes. Above all, everything from tropical jungles to high alpine snow-capped peaks, and full of local flora and fauna through the many ecosystems that you will traverse. And not to mention all the local products straight from the fields such as coffee, fruits of all kinds and coca leaf. Most importantly, this tour is sure to fill you with joy and satisfaction from the moment you begin until your last step!

OUR GROUP SIZE: We offer small groups, not more than 8 people.

Are the departure dates guaranteed. Is there a minimum for group bookings?

For the Inca jungle tour – inca jungle trail to Machu Picchu the only events that may jeopardize your travel dates are natural disasters or other circumstances that may put your safety at risk. Otherwise, our departures are 100% guaranteed as long as there is a minimum of 2 people.

What type of backpack is necessary for the trip?

For Inca Jungle Trek 4 days, we recommend a backpack that can hold between 25-60 kilograms (55-132 lbs) with clothes that are only necessary for the 4 days of the trip. Therefore, the rest of your luggage will be left in a storeroom at your hotel/hostel in Cusco or our office.

Can I have access to my backpack during the inca jungle trail to machu picchu?

Certainly, It is crucial only to bring what is necessary for the inca jungle trek 4 days that you will be trekking because, on the second or third day, you will have to carry your backpack.

On the other hand, for Inca Jungle trail to Machu Picchu tour there is a total of 3 hours of downhill biking, 95% of the road is downhill and paved. Therefore, the cycling part of the tour is not difficult. Only basic to intermediate experience is required.

Will I need any vaccinations for inca jungle trek machu picchu?

Please consult with your physician or local travel clinic regarding your visit to South America. For example, vaccinations for tetanus, diphtheria, and poliomyelitis. Likewise, if you are visiting the Amazon, a yellow fever vaccination is recommended. Be aware of illnesses such as malaria and dengue, which are best prevented by using repellent. Above all, illnesses are more common in the Amazon than in the Andes mountains.

Why do I need to send a deposit?

Most importantly, we use your deposit (non-refundable) to pay the basic fees to make your reservation official. Therefore, these fees include entry tickets to reserve space, porters (non-refundable by national law), and a government tax of 18%.

In regards to hotel reservations, we are required to pay penalties for cancellation depending on the date.

Similarly, the deposit is also used to assure availability and book personnel for all tours and treks, such as chefs, porters, and even reserve horses.

How can I pay my deposit?

Likewise, deposits must be paid using the methods indicated below.

You can use the PayPal option from our website and follow the steps. Please note that PayPal charges 6% tax for this transaction that is included automatically in this option.

In case you decide to make the deposit directly from your account, do not forget to add the 6% tax. You can send the deposit to this account:
sales@wamanadventures.com

If you use the VISA option from our website and follow the steps. Please note that VISA charges 5% tax for this transaction that is added automatically in this option.

You can pay in their offices (they have offices Internationally) or online (http://www.westernunion.com/):
1. Receiver’s first name:  Alex Marco
2. Receiver’s last name:  Huaman Levita
3. Receiver’s city / Town:  Cusco
4. Country:  Peru
If using this method, please send an email confirming the amount of the deposit and the transaction number ( MTCN ) you have been given.

NOTE : The client will assume all transaction fees.

How can I pay my final balance?

Above all, final balances for treks as the Inca jungle trek machu picchu must be paid in cash (US$ or Peruvian Soles) in our office in Cusco at least 48 hours before your trek. If your arrival in Cusco has been delayed, you are responsible for informing our agents either by email or phone.

However, if we do not receive final payment before the deadline and do not receive any message due to a delay, we reserve the right to cancel the reservation and travel plans.

Are vegetarian, vegan, and/or other special dietary needs available?

Of course! Without any additional costs! When you make your reservation, please inform us of any dietary needs or requirements, including allergies!

That is to say, Vegetarian foods will be absent of all meats, chicken, or fish. We will assume that eggs and cheese or other lactose products are OK.

What will the meals be like during the inca jungle trail to machu picchu?

Most of our main meals are buffet-style, leaving you the option to avoid anything undesirable to you.

If there are any food items or veggies that you cannot stomach, perhaps onions, tomatoes, mushrooms… etc, upon your request we will ask our chef to leave them out or separate this item.

Likewise, we can also attend lactose-intolerant or gluten-intolerant diets. We cannot accept individuals with serious allergic or life-threatening reactions.

I have a food allergy May I still participate?

Certainly, Every day we receive many clients with food allergies to nuts, wheat, etc. Please inform us in detail of your condition upon making your reservation of inca jungle trek machu picchu.

Therefore, We kindly ask that you declare the severity of your reaction and any medication that you take in case of emergency.

However, If your allergy is severe, we ask that you be accompanied by a friend or individual conscious and fully responsible of your situation and ready with any medication.

When must I arrive in cusco or arrive to your office?

We require that all clients arrive to Cusco at least 48 hours before the start of your, although 03 nights before is ideal. Certainly, You must pay your remaining balance two days before your departure for your trek. This will assure that all individuals are acclimatized and adjusted to the high altitude conditions to begin your trek comfortably. Please note that your remaining balance must be paid in cash in our office and cannot be paid before your arrival.

What are the office hours – Inca jungle trek Machu Picchu?

Peru use Nuevo Sol (S), wich has traded at S2.50 to S3.50 per US dollar (US $) for several years although you should keep an eye on current events. Prices in this book are generally in new soles, although some are listed in US dollars.

Carrying cash, an ATM card or traveler’s checks, as well as a credit card that can be used for cash advances in case of emergency, is advisable.

Will I need cash during the inca jungle trek?

When receiving local currency, always ask for small bills, as S100 bills is hard to change in small towns or for small purchases. That is to say, Carry as much spare change as possible, especially in small towns.

Also, Public bathrooms often charge a small fee for use, and getting change for paper can be darn near impossible.

The best places to exchange money are normally casa de Cambio (foreign exchange bureaus), which are fast, have longer hours, and often give slightly better rates than banks.

Many places accept US dollars. Do not accept torn money as it will likely not be accepted by Peruvians. Most importantly, it is best not to change money on the street as counterfeits are a problem.

What are the standard plugs – the inca jungle trek?

Certainly, electrical current is 220V, 60HZ AC, Standard outlets accept round prongs, but many places will have dual-voltage outlets that take flat prongs. Even so, you may need an adapter with a built-in surge protector.

What should we pack?

Likewise, Peru is a diverse country in natural and cultural resources so you only need a passport to enter the country and enjoy their wealth and take some precautions you might help discover.

What is the weather in Cusco – inca jungle trek machu picchu?

Certainly, Peru has three main climatic zones: the tropical Amazon jungle to the east, the arid coastal desert to the west, and the Andean mountains and highlands in between.

Therefore, in the Andes, which have altitudes over 3500m. Average daily temperatures are around 10°C (50°F), and overnight temperatures can dip well below freezing. So, travelers flying straight to Cuzco (3250m), or their hight altitude cities, should allow several days to acclimatize since altitude sickness or soroche can be a problem.

As a result, April to November is the dry season in the mountain and Andean Plateau (altiplano). The wettest months are from December to March. It rains al the time in the hot and humid rainforest, but the driest months there are from April from November.

Jessica R
Verificada
The best experience you could ask for Went to Peru with my sister for the first time, we had to idea what we were going to do. We got Waman Adventures services and was the best decision we made. We didn’t have to worry about anything at all. Our first 2 days we had a tour guide named Isaac, he was not your typical guide. We were not the fastest and he took the time to wait for us, give us breaks and the knowledge he has from this beautiful country. Worth it 100%
Lee mas

FULL DAY RAINBOW MOUNTAIN TREK PERU – GROUP SERVICE Rainbow Mountain Trek Peru: Discover with us one of the most impressive natural wonders on the planet in the middle of the Andes...

Get exclusive access for special members, only deals by email.